I found the small coastal town to be really interesting - very quiet, with lovely humble and welcoming residents, and a place where you can find an even more authentic side of Cuba, away from the cities and also the smaller Cuban towns that are popular with tourists in Cuba such as Vinales, Trinidad, Cienfuegos, and Baracoa.

Gibara to me was like a trip back in time to another era. It reminded me a bit of a "wild west" town - a bit dusty and worn by time and (when I was there at least) a constant and strong ocean breeze coming across the Atlantic. You can see this in the above photo with white caps on the bay.

To the East of Gibara is the bay and across the other side of the bay is a small settlement and some reasonable beaches. To the West is a coastline typical to much of Cuba with "dogs teeth rock" (weathered limestone with sharp spikes) interspersed with some pleasant beaches. From the town, you can see on the coastline, not far from Gibara, a wind energy plant, which suggests the coastal breeze I experienced must be a fairly constant part of the local climate.

Gibara is situated on the north coast of Cuba in the province of Holguin.

I was a little surprised that Gibara is not more popular with visitors to Cuba because it is located quite close to the very busy city of Holguin and the famous beach resort town of Guardalavaca. 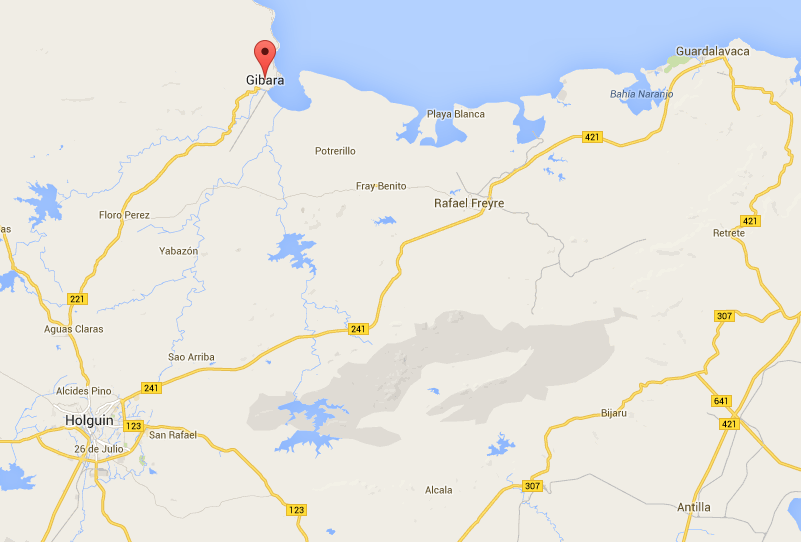 How to get there

Gibara is a 45min taxi ride from Holguin International airport at a cost approximately 35cuc (CUC is the Cuban currency at the moment - you can read more about this on the Cuba money and currency page of the Cuban Adventures website). There is also a collective taxi service for 1.50cuc per person to/from Holguin city. The spectacular Guardalavaca beach resort is about an hour drive from Gibara. 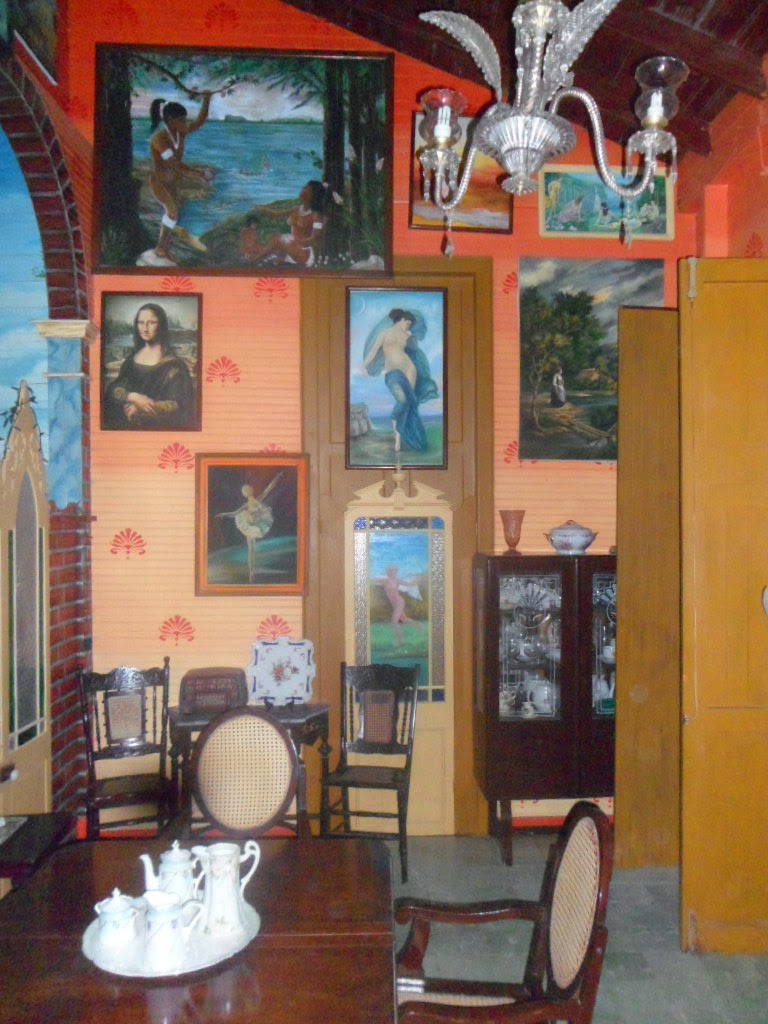 Where to stay in Gibara

I noticed a couple of rather worn looking hotels in Gibara - one at the point end of the peninsula of the town which is a great location but the quality of the hotel looked only average.
Like just about everywhere in Cuba I recommend using the casas particulares (homestays). There are some quite decent ones near the centre of town and this will give you more opportunity to mix with the quirky locals.
Similar to what I found in Holguin, some of the homestay owners go to a great deal of effort to decorate their homes with art works and decorations. Here are some photos of some of the more highly decorated casas. 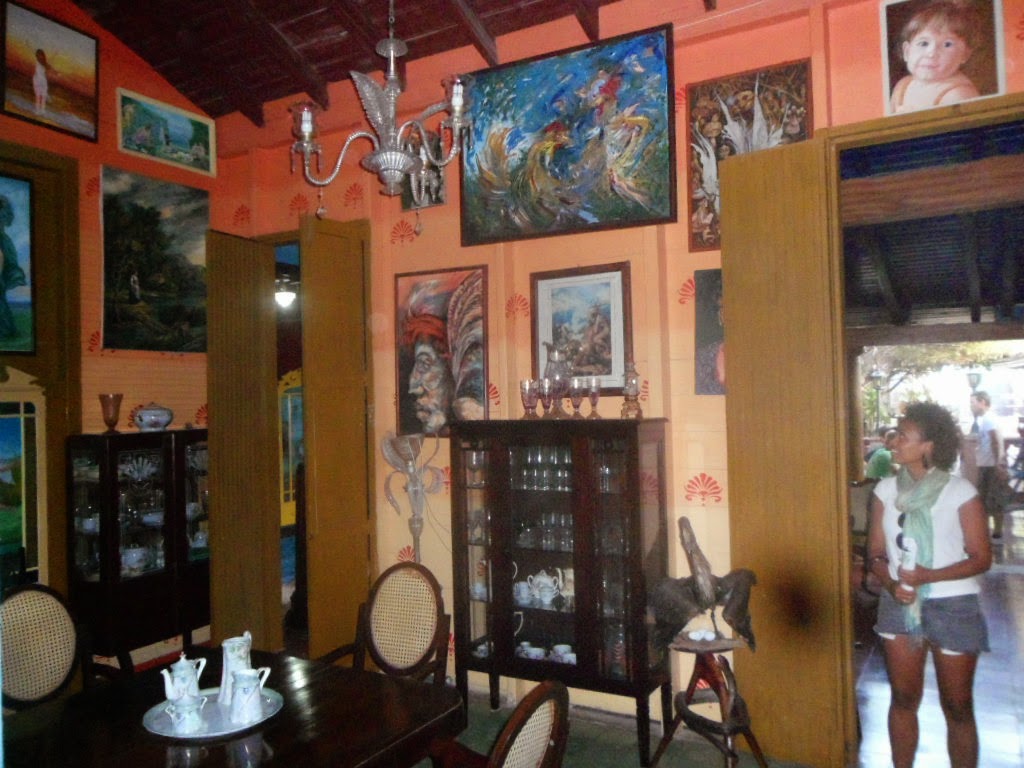 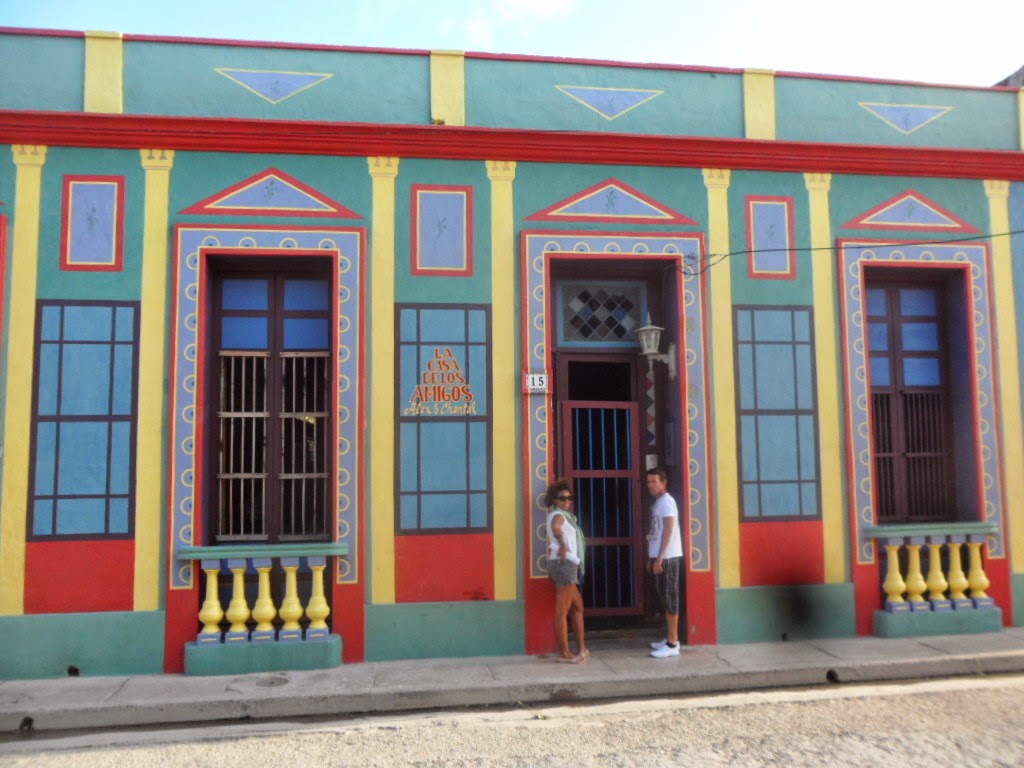 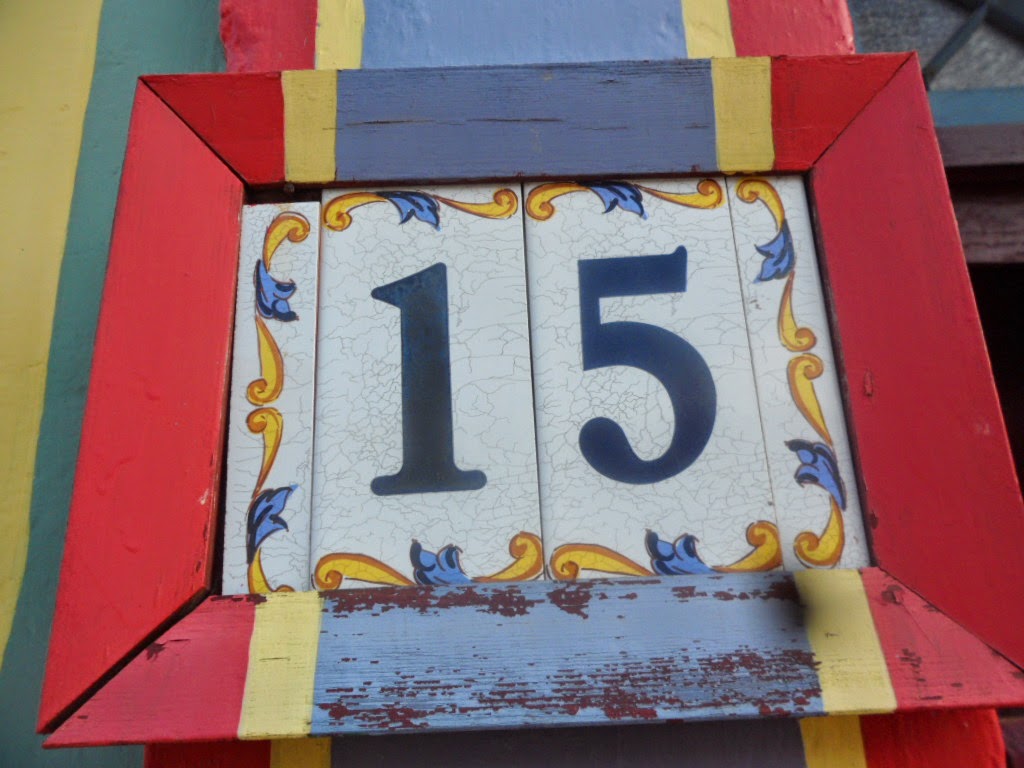 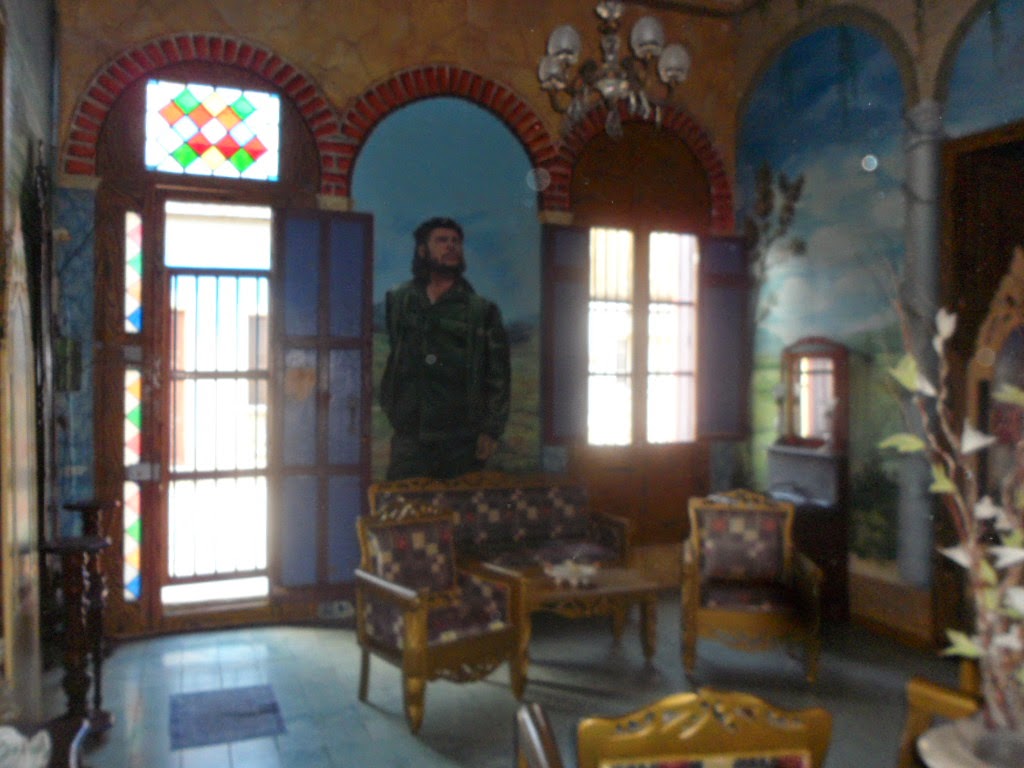 When I was there in 2012, there was a building in the centre of town that was being restored with the aim of making a more comfortable hotel than the ones that were currently in Gibara. Its looks like they have called this place the Hotel Encanto Odoño, and it seems to be getting very good reviews on Tripadvisor. That could be something that continues, however what tends to happen with many hotels (and also government restaurants) in Cuba is that they are very good for the first year of so after having been resorted, and then after that the quality of service can deteriorate. Things start to need to be repaired, replaced, repainted etc, and this either doesn't happen, or happens at an extremely slow way. Because of this the enthusiasm of the staff also starts to wane, as they are no longer proud of the establishment they work for and are faced with constant complaints from the travellers.

What to do in Gibara

The favourite excursion I did in Gibara was to a place called Los Tanques Azules, which is about a 1 hour drive west of the town along the coast, and then a 1 hour walk inland.

Cenotes are found in many places in Central America, especially inn Cuba and Mexico where there are areas of limestone bedrock.

As far as I know there are no official day tours being offered in Gibara by any agency, however if you ask around, you can find someone who is willing to take you there for a price.

On a hot day, the walk can be tiring, however the reward is great! 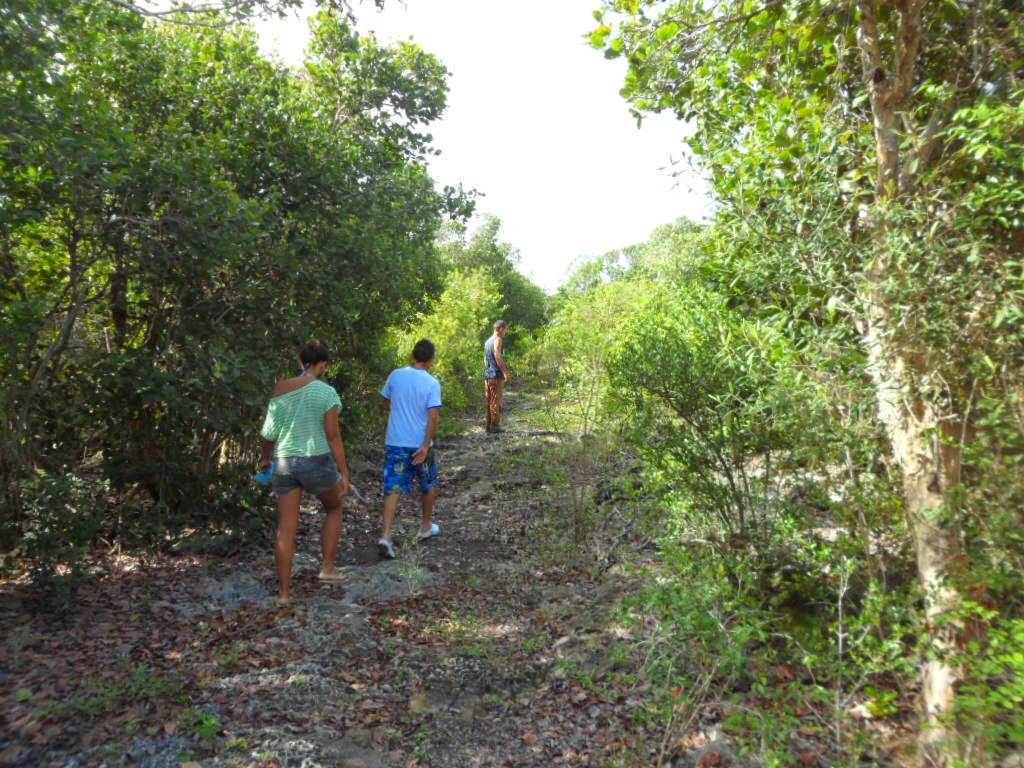 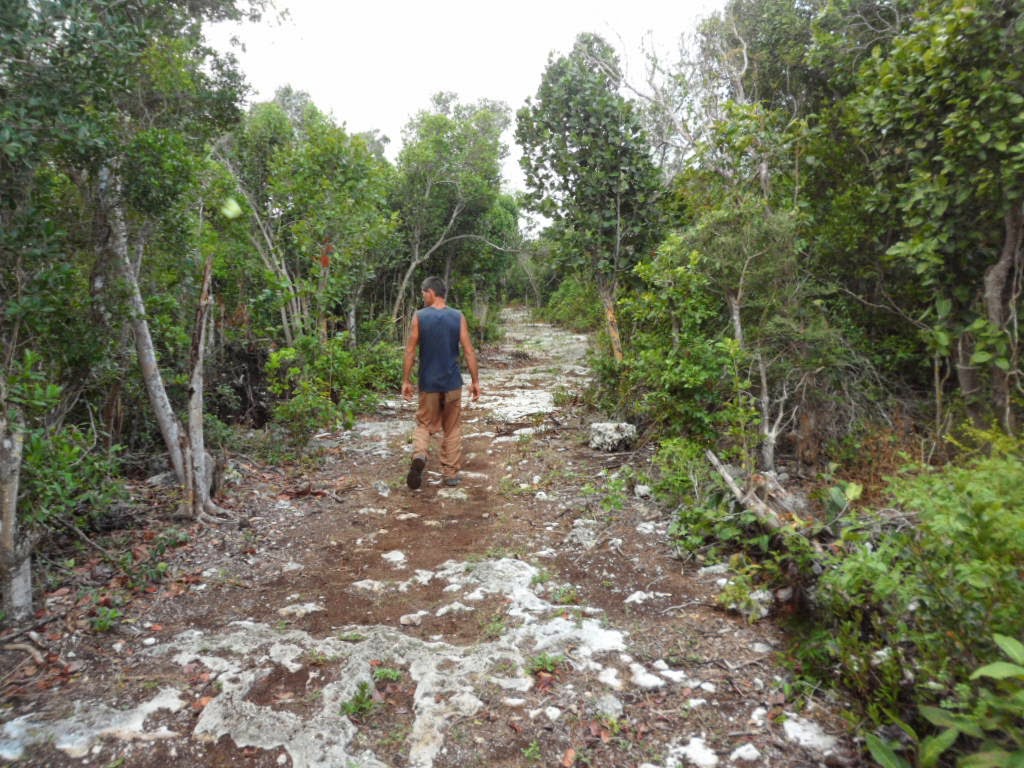 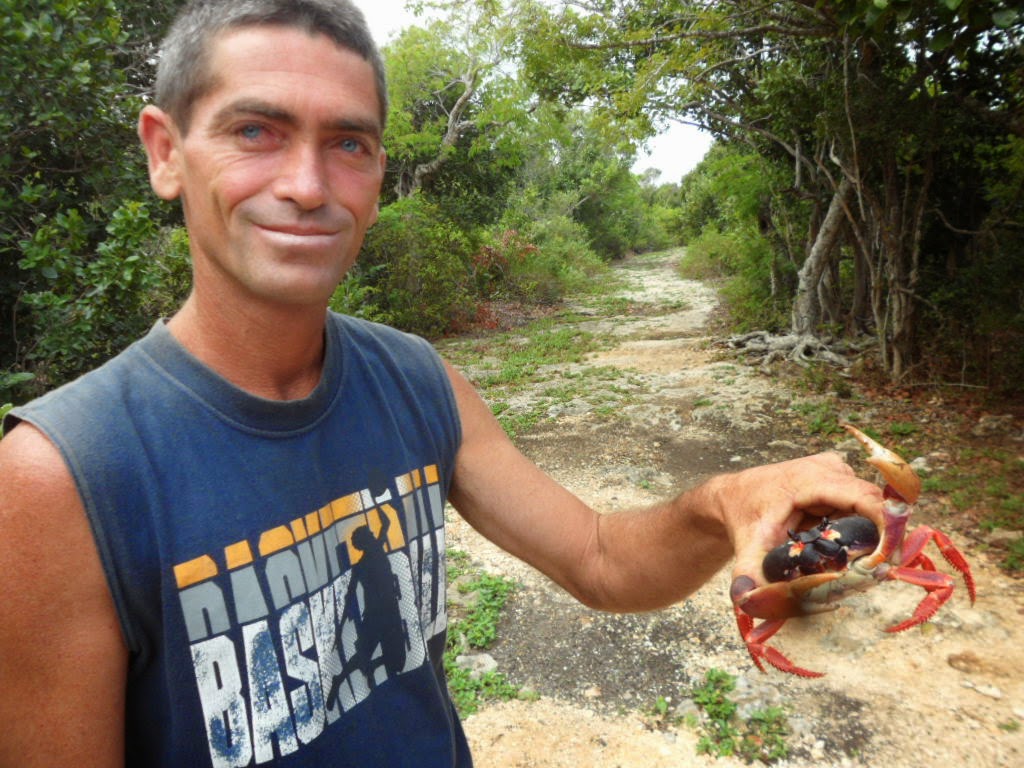 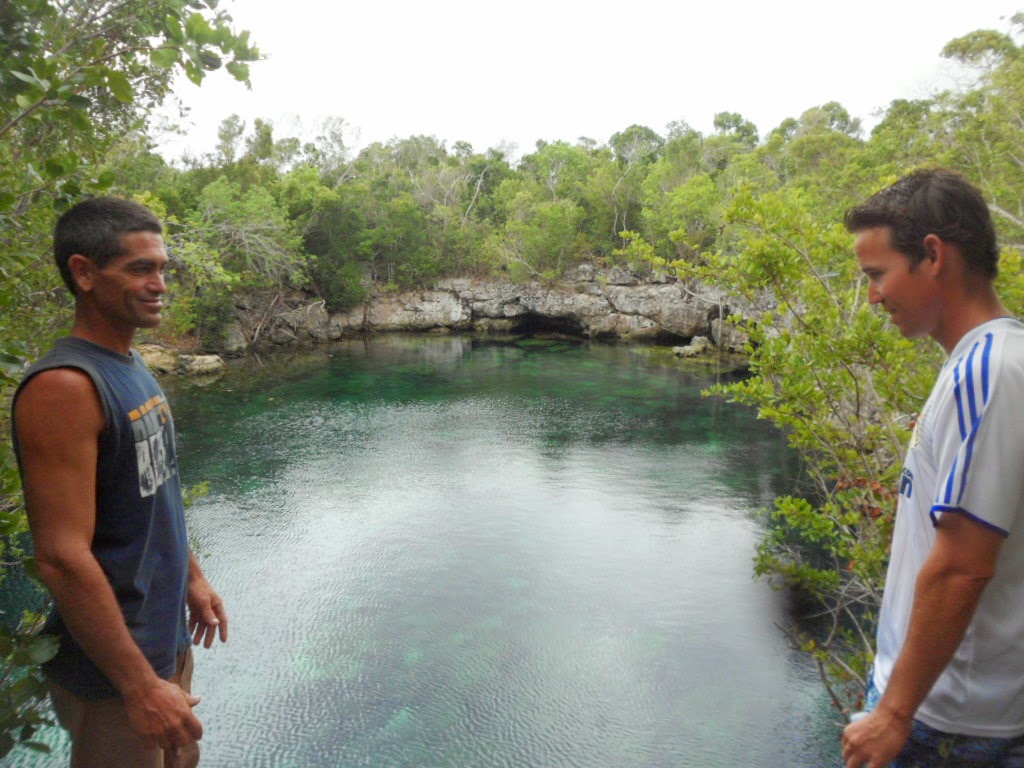 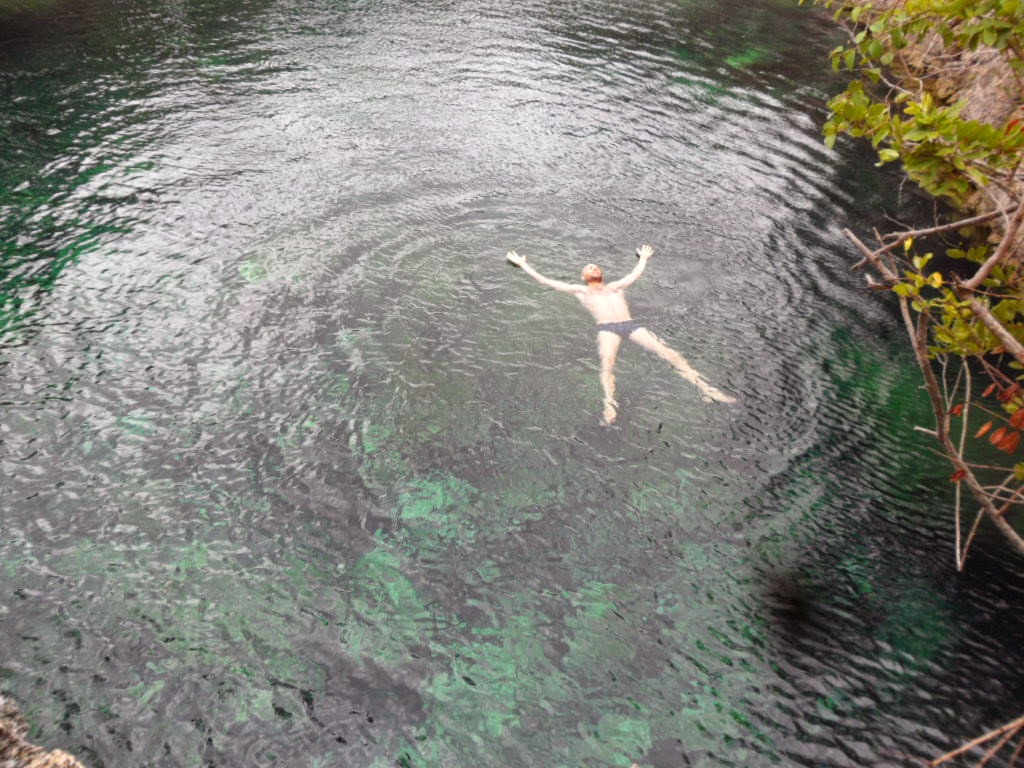 On the road to Los Tanques Azules you past by some other cenotes along the coast - Poza Fria and Poza Bella - these are small cenotes right next to the coast 16km (30min) drive west along the coast from Gibara.

There is also a very pretty beach near adjacent to Poza Bella called Playa Caletones. On a less windy day I imagine this beach would be a very nice place to swim.


Along the way you will see the houses of some local residents, and if you are lucky you might get to meet some of these people and get an insight into their life. I didn't take any photos of these people as they seemed a bit shy when I asked if I could take a photo.

Playa Blanca
Playa Blanca is on the other side of the bay from Gibara. Its best to get a ferry across the bay. You can ask around town where and when to catch this ferry.

It costs 1cuc each way and takes about 20 minutes to get to the other side of the bay. Aparently it goes 6 times a day. Its only a small boat for up to 16 passengers.

You can also hire a private boat to do the trip and I was quoted 10cuc for this service.


There are no shops on the other side of the bay near to Playa Blanco, so you need to take with you some food, water, and suncream. Apparently there is some snorkel gear for rent for 3 to 5cuc.

When you get across the other side of the bay you walk towards to ocean for just a few minutes.

You will eventually arrive to a nice looking beach.


The little settlement near to Playa Blanca has no road access so it is extremely quiet and serene. Here is a picture of some of the locals that had gone fishing and were taking home their morning catch! 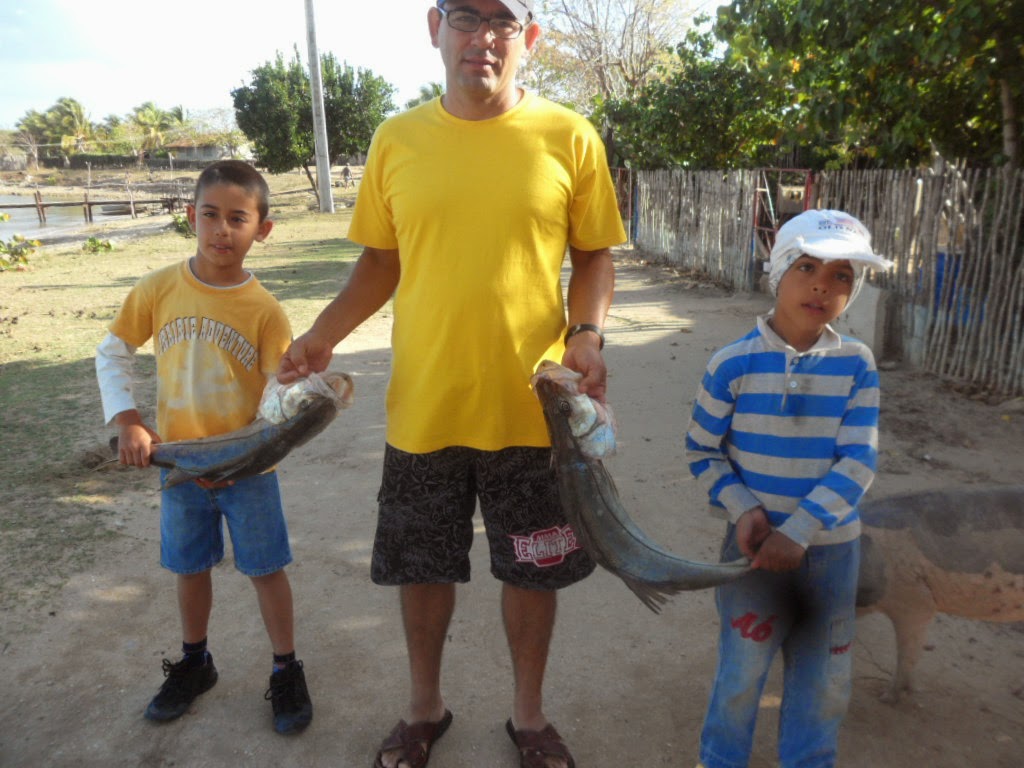 Cuevas del Panadero
This was probably my least favourite excursion I did in Gibara, which was a short walk (about 20minutes from town) to some small caves.  It was very quiet there and there was no entry fee. I didn't find them very interesting (the walk there through the neighbourhood and then the fields was probably more interesting). It looked like it could be a good place for a moonlight party though. 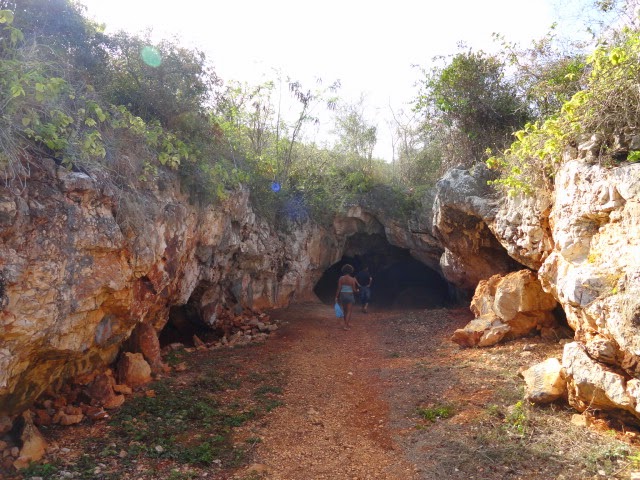 El Fructuoso
I didn't find the time to visit this place, but it was described to me as a pool in a cave that is a bit further away from Gibara than the other places. It might be worth exploring if you have the time.

The charming part of Gibara - that of being lost in time - also has its negative sides. One of these is that the people still eat turtle meat and they also serve it in the local restaurants.

I found this hard to believe and actually quite shocking. On the other hand, from their point of view, it is also understandable why they do this. Eating turtle meat is traditional in these parts of Cuba, and has been part of the diet for humans in this part of the world ever since humans have lived there. Since a majority of local residents are quite poor, it is a logical decision for them to eat turtle if it is available and relatively cheap.

The opinion of most residents in Gibara is that it is completely fine to eat turtle meat. I assume that most of them are unaware of the ecological consequences of killing turtles, and for those that are aware, perhaps preserving the ecology is of a lower priority to them than feeding themselves and their families when they have such small incomes.

They tell me that turtle meat is delicious. I refused to try any or be taken to a place where they serve turtle. They tell me however that ALL restaurants (at least the private ones - casas particulares and paladares) serve turtle meat.

Its a real shame to think hat in other parts of the Caribbean, there is such an effort to protect the turtles, and then to imagine that many of them migrate to the shores of Cuba to be eaten!

I've seen similar situations in other parts of Cuba such as in Baracoa. However in Baracoa there is a little more awareness of the issue because there are more foreign visitors who are helping to inform the locals of the importance of protecting the turtles.

What should we do
Part of acting as a responsible traveller is to respect the local customs and also to help preserve the local environment and ecology. In this case it seems we have a conflict of interest.

Here are some things we can do to help:

1. Visit Gibara - support the local community by visiting Gibara as a tourist. This helps the local economy so that the locals have more income and therefore more choices for their diet.

2. Educate - Its also important to respectfully educate the locals as to why you personally choose not to eat turtle. Its most effective not to do this in a condescending way by preaching to them, but rather simply explaining your personal choices and the reasons for these.

A good article about Gibara from in The Guardian Newspaper

Other blogs by this author